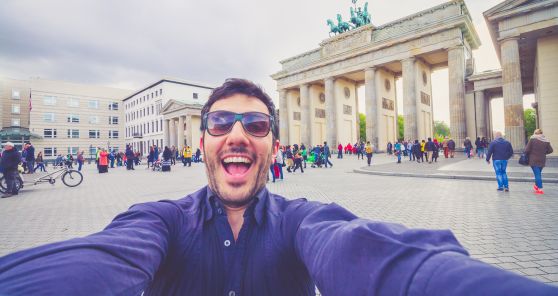 Experience Berlin during the WWII with us

With Berlin WWII tours, discover the history, stories, legends and sites of the Second World War. As the Nazi stronghold in Germany and command center for Hitler, the setting of the Battle of Berlin, and the home of the Führerbunker underground shelter where Hitler committed suicide, WWII tours in Berlin take you back to one of the most eventful chapters in history. See Hitler’s underground lair, see the damage brought on by thousands of allied bombs and the defense structures built to keep them out, visit the Sachsenhausen Concentration Camp Memorial, and see the significant sites for the Third Reich. Learn about the last days of the Nazi regime, the Battle of Berlin and learn about the rise and fall of Hitler and the Nazi Party from a historian guide. Book your WWII Berlin tours at the earliest to avoid missing out!

WWII tours are available throughout the year.

It is highly recommended that you book guided tours with transportation and return hotel transfers included in the package for a hassle-free experience.

Things to do in Berlin