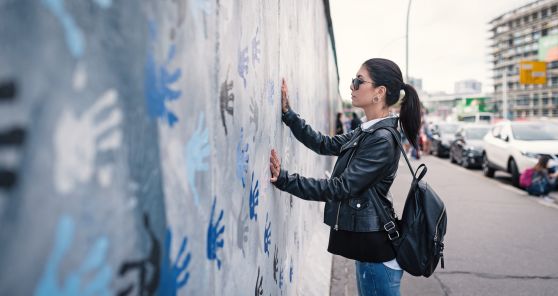 With Berlin Wall tours, witness the remnants of one of the world’s biggest historical events, the splitting of Germany and Berlin after the Nazi’s defeat in World War II. The Berlin Wall was built overnight and at once became an international symbol of government oppression. The wall now represents the resilience of the human spirit. Erected in the dead of the night on August 13th, 1961, Berliners would wake up to find they had been divided into two blocs, separated from family and friends. Nearly 4 decades later, East Germans would reclaim their freedom on November 9th, 1989. Since that date, the iconic wall has stood as a global pilgrimage site, calling people from all walks of life to look upon it and wonder. Book top-rated Berlin tours on isango! and see some of the major landmarks the wall has left behind including the east side gallery, guard towers, and the wall memorial.
Read more
Filter Clear All

Our tips for Berlin Wall

Best time to visit
The best time to visit Germany is from May through September, when the weather is pleasantly warm.
Getting there
Money saving tips
Did you know?
Impress your friends by rattling off these Berlin Wall factoids.

Things to do in Berlin