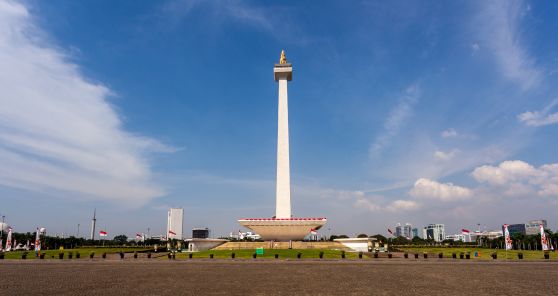 Jakarta, the capital of Indonesia as well as its largest city, is a vibrant mix of modernity, culture and rich heritage. Located on the northwest coast of the Java Island, Jakarta’s history ensures a visit that is as enriching as it is informative. Old Dutch colonial builds stand alongside modern structures and monuments and museums celebrating Indonesia’s independence can be seen everywhere. The Sunda Kelapa port has been an integral part of Jakarta’s history for over 800 years, while the building of the History Museum is considered to be the oldest building in Jakarta. The spectacular Taman Mini Indonesia Indah is a miniature museum that takes visitors throughout the Indonesian archipelago without having to leave Jakarta! Jakarta has its very own Disneyland called Fantasy Land. Great for family outings, this theme park has rollercoasters, a river raft rides, a simulator theatre and lost more.
Read more

Things to do in Jakarta