Your health and safety is our top priority. Read our COVID-19 Safety guidelines

Discover some of the most iconic Netherlands attractions when you take a picturesque Dutch Windmill Tour!  View some of the oldest windmills in the country during your Amsterdam trip in towns like Marken, Volendam, and Edam.  Learn about the specialized use of windmills in The Netherlands and marvel at the amazing engineering feats accomplished thereby.  And, soak up the natural beauty of the Dutch countryside during a Dutch Windmills from Amsterdam Sightseeing Tour.  Or, combine your Dutch windmills trip with other Amsterdam attractions, like a Canal Cruise, Amsterdam City Tour, or the Keukenhof.  If you really want to see Dutch windmills during your Amsterdam vacation, then one of the easiest things to do in Amsterdam is to take the Amsterdam Countryside Hop-On, Hop-Off Tour.  It offers plenty of flexibility so you can spend as much time at each windmill as you’d like.  Plus, it also provides access to a local cheese farm for a taste of the good stuff.  It’s what to do in Amsterdam if you want to escape the city and explore the countryside during your Netherlands vacation!

Our tips for Windmills 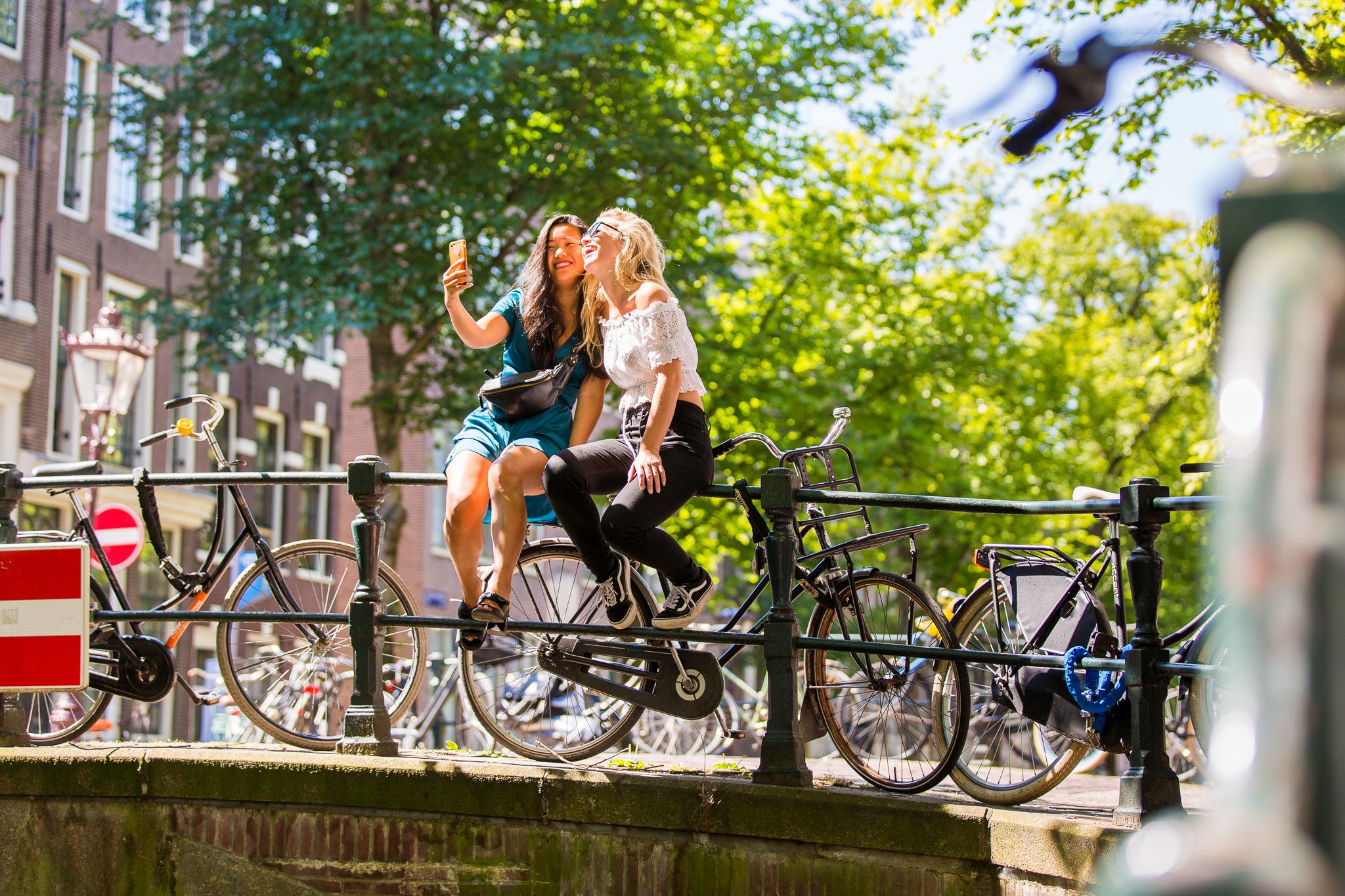 The best time to visit Dutch windmills is in April and May.  During these two months, Amsterdam’s climate is optimal and you’ll find less fellow tourists on Dutch windmill tours.  September through November sees fewer tourists, as well.  However, it becomes difficult to predict the weather in the fall; so, layer up because the skies can change in an instant.  Amsterdam’s winter can be quite cold; but, at least you can sometimes score a deal on low airfare or hotel rooms.  The best time of day to visit Dutch windmills is probably at sunrise or sunset, when you can take advantage of the Golden Hour’s lighting and snap some dreamy images of the Dutch countryside.  Then again, there’s something to be said about exploring rural Holland when the sun is at its peak, especially if it’s a clear day during one of the should seasons.

Getting to the Dutch windmills is usually quite simple because most visitors to The Netherlands book guided tours that included transportation.  Whether you’re headed to Marken, Volendam, Zaandam, Edam, or one of the other quaint Dutch towns that are still home to a traditional windmill, chances are you can arrange comfortable, round-trip travel in an air-conditioned vehicle.  It makes for a seamless, stress-free Dutch windmills trip; so, you can focus on the beauty of the countryside and enjoy visiting that iconic symbol of The Netherlands:  The windmill.  But, if you’re not in the position to take a day trip from Amsterdam to the Dutch countryside, you can still see authentic Dutch windmills.  Molen von Sloten represents the only one out of eight windmills in Amsterdam that is open to the public.  However, you can still check out the De Gooyer windmill, which was built in 1725 and stands as the tallest wooden windmill in the country.  And, the best part is that you can easily reach them by bicycle or by using Amsterdam’s efficient public transit.  Simple!

Short on cash?  No problem!  You can save a little dough by picking on a Dutch windmill combo tour rather than buying a separate ticket for each Amsterdam attraction!

Trivial Pursuits – Become a guide for your group with this Dutch Windmill trivia!

Things to do in Amsterdam