Experience San Francisco with us

Keep your finger on the pulse of American popular culture with a San Francisco Pop Culture Tour!  During your San Francisco trip, you’ll see where counterculture meets pop culture and find yourself in a few familiar places that you might have seen in Movies or on the T.V.  Countless films and television programs have used San Francisco as their backdrop, making the city one of the most instantly recognizable places in the world!  But, it’s not just the silver screen and small screen that features San Francisco.  Plenty of writers, painters, musicians, and other artists have made use of the city’s unique vibe.  And, during a guided San Francisco Pop Culture Tour, you can actually see the important San Francisco attractions featured in famous American novels, pop art, and pop music.  Even if you step inside the museums during your San Francisco sightseeing trip, you still can’t avoid the massive influence pop culture has had on the arts.  So, if you love new trends, rule-breaking artwork, or Top 40 music, then taking a pop culture tour is what to do in San Francisco! 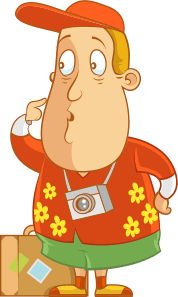 UH-OH! AT THE MOMENT, THERE ARE NO TOURS AVAILABLE FOR SAN FRANCISCO
High demand, seasonal availability and unexpected closures can be the reason. We're working on getting it up and running. Meanwhile, you can search for other activities on our website. We don’t want you to leave disappointed!

Our tips for San Francisco

• A Sight for Sore Eyes. If you experience a genuine celebrity sighting during your San Francisco trip, feel free to ask for an autograph if the star doesn’t seem too busy.But, be respectful during your request.Celebrities are people, too!

• De Young & The Restless.De Young Museum is home to a number of famous pop culture paintings, including works by the masters of pop art, Andy Warhol and Roy Liechenstein.No S.F. Pop Culture Tour is complete without a visit.

• The San Francisco Treat.You might have seen San Francisco’s street cars on a certain rice company’s T.V. commercial.Just keep in mind that they can become quite crammed and obscure your view while riding during rush hour.

Love pop culture?  That’s great!  Enhance your San Francisco sightseeing trip with a visit to the home featured on Full House, which is adjacent to Alamo Square Park.  Or, stop by the house from Mrs. Doubtfire in the Pacific Heights neighborhood at 2640 Steiner Street.  Photo op!

Weather-wise, the best time to visit San Francisco is in May, June, September and October.  That’s because spring and fall surprisingly bring the best weather.  But, an additional benefit is that you’ll run into fewer crowding situations at the top San Francisco attractions.  Summer, the busiest time of the year for tourism, is a lot cooler than you might think.  While people in southern California sunbathe on the beach, visitors to San Francisco might need to bundle up during the months of July and August.  Winter is chilly and a bit windy; but, you can take advantage of cheaper flights and hotel rates due to the decreased demand. The best time of day to take a San Francisco Pop Culture Tour is just after dawn or right before sunset.  That way, when you encounter a new San Francisco attraction, you’ll be viewing it with a bit of natural, romantic lighting.  But, if you want the absolute clearest photos of your S.F. vacation, then noontime might be best.  Deciding whether you want that early morning fog depicted in your camera roll is what to do in San Francisco!

Getting around San Francisco to arrive at the starting point for your San Francisco Pop Culture Tour is easy because the city is a commuter’s paradise.  Your only difficulty will be deciding between multiple efficient transit options.  By far the most popular and well-known transit system is the BART.  It accommodates 450,000+ people per day and runs all over the city.  But, S.F. also has 5 unique commuter rail systems, each with its own name:  ACE, Caltrain, Capitol Corridor, eBART, and SMART.  The commuter rails serve residents who live just beyond the city; so, depending on the meeting point for your S.F. Pop Culture Tour, the commuter rail might be just the ticket. But, wait!  There’s more!  The city is also home to 4 light rail systems.  And, two of them are very popular with visitors on a San Francisco sightseeing trip:  The San Francisco Cable Car and the San Francisco Heritage Streetcars.  But, most people use the Muni Metro light rail system for functional travel.  S.F. busses are punctual, affordable, and run along extensive routes throughout the city.  So, depending on your preferences, you should have little difficulty find the right transit system to help you reach the meeting point for your San Francisco pop culture trip!

• San Francisco has served as the setting in a number of classic novels, including Kerouac’s The Dharma Bums & On the Road, Verne’s Around the World in 80 Days, and more!

• Some of the most famous T.V. shows to take place in San Francisco include Full House, Dharma and Greg, Monk, and plenty of other hits!

• There’s no shortage of songs written about San Francisco.Major ones include Tony Bennett’s I Left My Heart in San Francisco and Otis Redding’s (Sittin’ on the) Dock of the Bay.

• Countless classic films have been set in S.F., like The Graduate, Guess Who’s Coming to Dinner, Vertigo, and others!

Things to do in San Francisco